🔗 About the Community Group 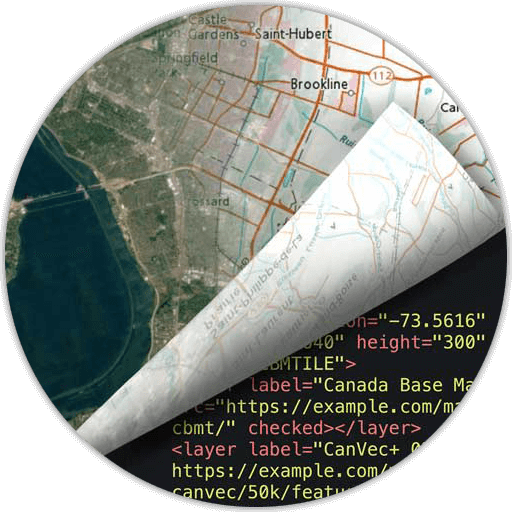 The Maps for HTML Community Group is working to standardize methods of defining interactive geographic maps for the web.

The community group is hosted by the W3C (World Wide Web Consortium), and is open to anyone who is interested in maps and web standards.

The group's reports and explainers:

The following projects (hosted by the community group's GitHub account) make it possible to experiment with the proposed specifications:

Websites that use the custom element and MapML server, hosted by Natural Resources Canada.

The following standards may be of relevance to maps in HTML:

The following related projects aren't controlled or published by the community group, but may be of interest: